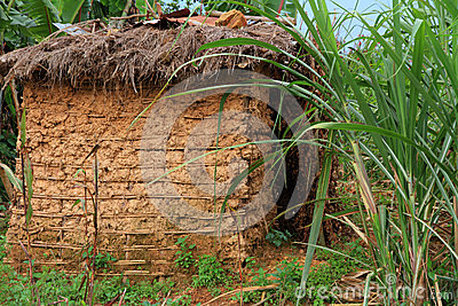 There was an old man who lived in a hut

Every morning he went to the street for alms.
He never complained about his situations or his struggles.
He took what was given without question.

One day when the old man returning from his routine saw that the hut was taken by somebody else. Somebody else was eating his food and money he had little saved.
The old man with compassion went inside the hut.

The young beggar asked "who are you?”
wrapping his hands around the food he found, old man replied I am you but in a different body.

The old man took his robes and gave it to as well.
Stranger instead of looking upon this as compassion took him as a meagerly fool.

The young stranger snatched the clothes of his hands and stripped the old man from head to toe
and took every bit of things he had left. Is that everything you have? he asked.

The boy was confused. The old man smiled and said,

"ignorant child you are trapped in an illusion that you can’t see,
feel or touch and bounded by invisible chains.
Unless we realize who we truly are it won’t matter what you own ...

He added ... even if you become richest of riches we will always be bounded by suffering."

The young beggar froze and felt that he understood a little what the old man was saying.

"No treasure can compare to it, no money can buy it, no wealth can occupy it,
no pleasure can satisfy it, no eyes can find it, no ears can hear it,
no tongue can taste it, no hands can feel it, no mind can imagine it."

Oh dear child what is this treasure? the old man asked.

Find this, for we were born only to realize this.

The old man bowed to him and said:

‘’Know thyself'' and the boy vanished going, gone beyond the beyond. ﻿ 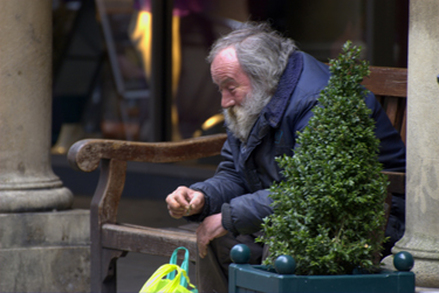